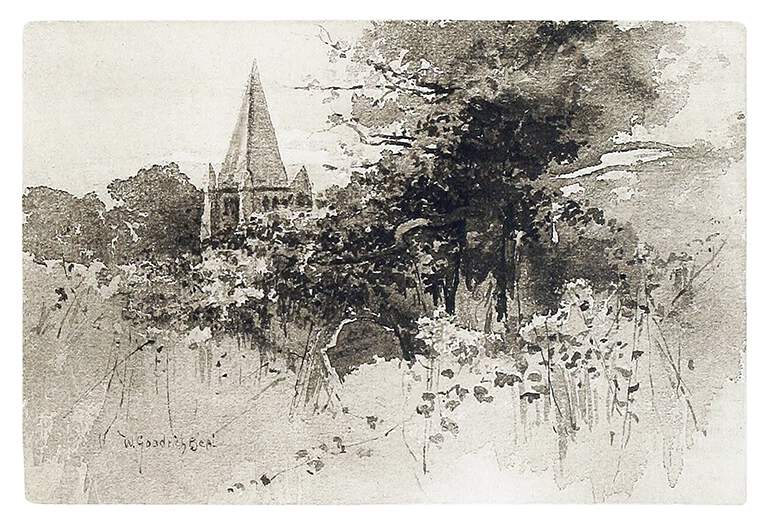 Each morning the crackling of trees,
the whispering leaves,
the flutter of light hovering
between the rows of his trees
compel Mr. Farmer Jacobs from his home.
Nothing was quite as good as a brisk morning walk
around his oak farm, with a wafting cup,
a hand smoothing across the leaves,
searching for aches of bare patches,
for cavities and caves in their branches.
Mr. Farmer Jacobs’ trees often were of good health,
truly robust in strength,
real heavy-weights,
as he checked on them two—uh, three—no, four times a day,
but every now and then, he’d spot a tree with sagging branches,
fallen timbers and a sad demeanor,
in desperate need of an encourager.
“Good morning, my tangled jungle.
What seems to be your trouble?”
He often said to a drooping tree
he named Sessily,
extending a gentle arm to her wilting leaves.
For Sessily, she always seemed a bit droopier than the rest.
Possibly because of the weight of her guests.
She had a tree full of nests.
Mr. Farmer Jacobs sometimes talked to his trees,
chatting endlessly about this and that
and have you seen my hat.
His trees kept quiet to his questions.
After all, trees aren’t allowed to talk to humans.
But if Mr. Farmer Jacobs paused long enough after his chatter
and listened closely,
he’d hear that his trees answered with their own special kind of banter.
Not in words exactly, but with a whisper in the wind, or the tickling of leaves,
Mr. Farmer Jacobs understood their meaning. 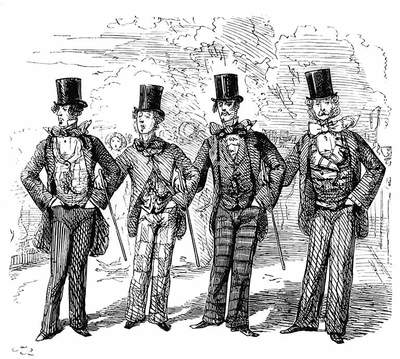 One morning when the winds pounded
Mr. Farmer Jacobs rounded
the corner of his oak farm, as he usually did in the early hours.
Just above, between a pair of northern red oaks,
he spotted two brothers in gentlemanly coats
with pointed fingers, inspecting,
lingering,
and wandering.
Mr. Farmer Jacobs retrieved his hat from the yellow-leafed oak named Lynn
before walking to greet the two gentlemen.
“Ah, here he comes now.
Mr. Farmer Jacobs, the man himself,”
said the taller of the two.
“Might we have a quick word with you?”
Mr. Farmer Jacobs gave a hesitant nod.
“We’re here about the Arbor Fall Festival next week.
And wondered which tree you wanted critiqued,
ya know for the judging,” said the other brother with the camera.
“Oh, yes, the festival,” said Mr. Farmer Jacobs, admiring his trees,
noticing the changing wind in the air.
“Time snuck up on me this year.”
The brothers eyed each other, unkindly pointing out the holes
in Mr. Farmer Jacobs’ soles,
his dusty cheeks,
and the patches sewn into his jeans.
“So, Mister, which one will it be?
Perhaps a golden tree to compete with Ole Man Billy’s maple trees.”
“Well now, Ole Man Billy’s maples are hard to beat,”
said the other brother questionably.
“First prize each year.
He’s stacked up quite the victorious souvenirs.”
“Chin-up, brother. He could win,
this Mister, uh, Farmer, uh, Jacobs,” he said.
But his brother muttered under his breath,
“runner-up at best.”
Mr. Farmer Jacobs heard
their unkind words.
They were displeased
with his trees,
yet these brothers hadn’t bothered
to look beyond the surface.
And for what purpose
did the Arbor Fall Festival serve,
Mr. Farmer Jacobs wondered.
The brothers shuddered under his inquisitive stare.
Finally, one asked once more,
“Which will you choose, sir?”
The other brother chimed in, “Yes, which one will you choose
to represent you?”
“To represent me,
hmm, let’s see,” he said, pondering.
“Oh, I know, how about Sessily?"
“Sessily?” asked the taller of the two,
then leaned over to whisper, “He has a loose screw.
Naming his trees?
Strange indeed.”
This time, Mr. Farmer Jacobs didn’t hear their remarks,
instead he pointed to Sessily’s bark.
“Look here, she’s kind and sweet.
She’s been such a good tree to me.”
The brothers slowly shook their heads.
“I think you misunderstand
the Arbor Fall Festival’s game plan.
See here, it’s a sort of beauty contest.
So, maybe, uh, pick one a bit better dressed.
At least that’s what we suggest.” 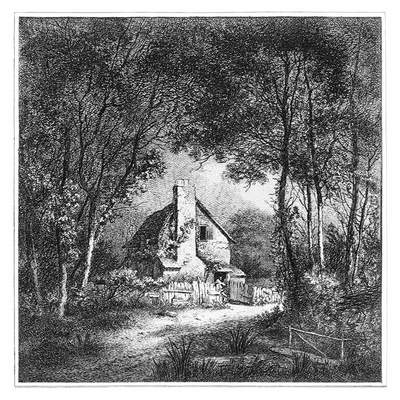 A healthy Northern Red Oak caught the brothers’ eyes.
She was grand and full,
well, simply put, she was beautiful.
“She’s the winner,” they awed,
taking grand steps toward her.
“She’s sure to win
at least a red ribbon.
Don’t you agree, brother, the judges, they’ll be smitten.”
“We’ll add the beauty to the list, sir,
under the Balsam and Nordmann fir,
to represent the Oak Tree Farm
and all of your, uh, special charm.
Do you mind if we snap a quick photo,
for the papers, so they know?”
They took their picture and rushed out,
turning back to shout,
“We’ll see you in a week.
Who knows, maybe Ole Man Billy’ll lose his winning streak.”
Rosie, the Northern Red Oak, had heard
and blushed at their words.
Beautiful, they think,
as her leaves flushed to pink.
Mr. Farmer Jacobs congratulated the blushing Rosie,
then quickly turned to sweet Sessily.
Was it just him
or did she seem grim,
a smaller and hollower exhibit
than before the brothers’ visit?

Thank you for reading the very first chapter in the Arbor Fall Festival series. I'll have more coming soon, introducing a flock heading south for the winter and their little lost Birdie. I hope you enjoyed the clumsy rhymes, meeting our good farmer, and learning a tid bit about the tree festival. I loved--loved--writing this one. It introduced a compassion I didn't know I was lacking--and opened up a conversation about beauty standards in my personal journal.

Thank you to those who donated to help this story find some new life and proper edits. Also, thank you to the pre-readers for, well, pre-reading an even clumsier set of rhymes, a less than sweet farmer, and a grouchy Sessily. Your edits and opinions were/are so meaningful and appreciated, thank you.

Of couse, feel free to share with someone you think would enjoy this read.

All photos courtesy of Old Book Illustrations. It's definitely worth a peek, or a dive, through their collection of historical book covers. Lots of fun there.