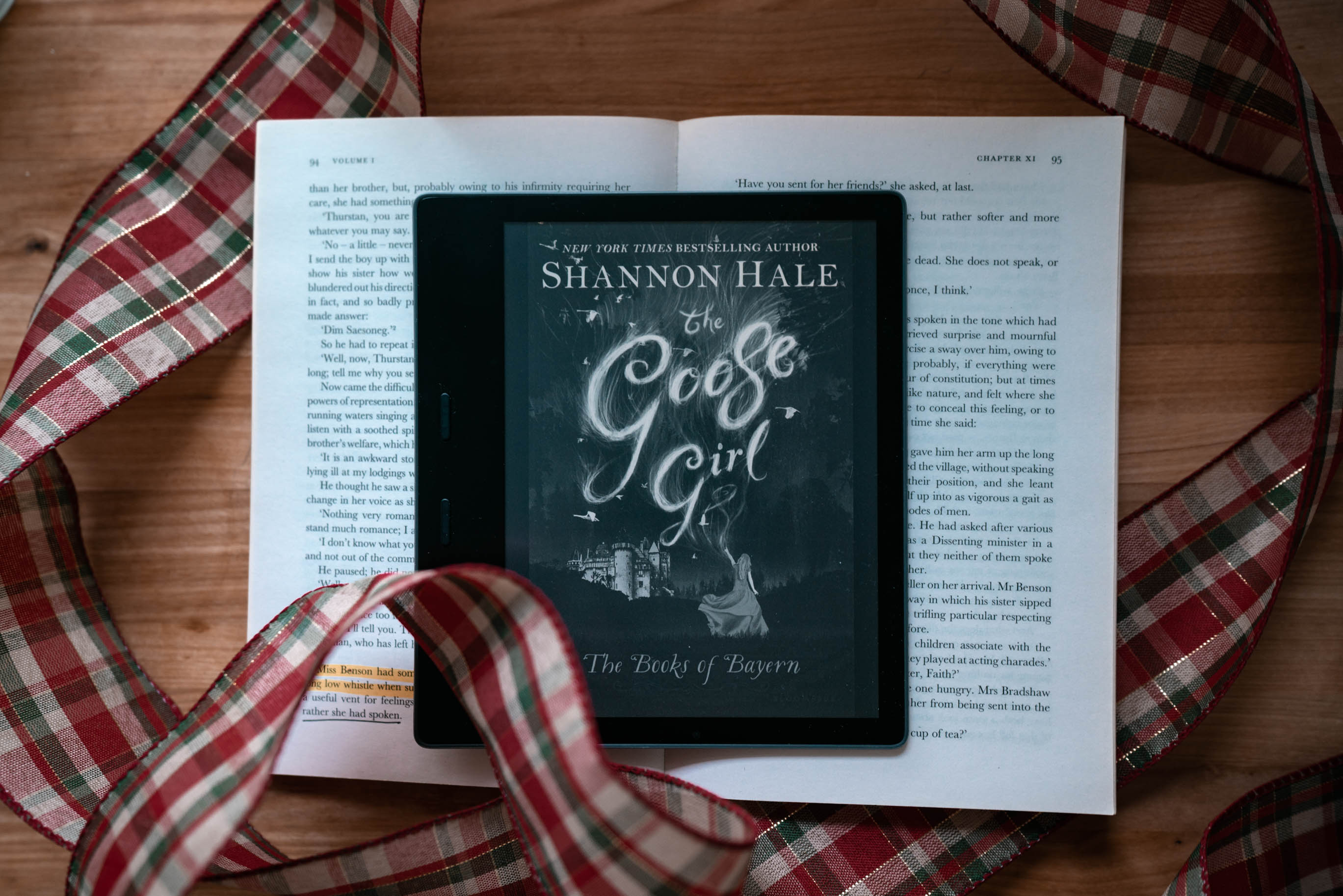 For our last book of 2021, the Stars for Buttons crew voted to read The Goose Girl by Shannon Hale, a fairytale retelling of bravery, self-discovery, and compassion. As a fan of Grimm - Cinderella especially - I was eager to read this one.

It begins with the birth of a baby girl, Anidori-Kiladra Talianna Isilee, Crown Princess of Kildenree. She grows up in an isolating world, silenced by her mother, the queen, to fit the role of princess. But she learns to find refuge in her magical ability to talk to animals. It is this magical talent that leads her on an unforgettable journey into enemy territory, where she must unfold a plot to destroy her kingdom. She hides under the guise of a goose girl, befriends the unexpected, grieves heavy losses, and finds her own inner strength.

From the Grimm's fairy tale of the princess who became a goose girl before she could become queen, Shannon Hale weaves an incredible, original, and magical tale of a girl who must find her own unusual talents before she can lead the people she has made her own.

Shannon Hale spends a lot of time building the story, the characters, the magic, the world of Bayern (this is the first book in a series of 4). For some readers, the slow pace was a deal breaker, but trust me, stick with it, and at about the halfway point, you won't want to put it down.

Here's some of my favorite quotes from the story to help you get an idea of the writing style:

The female friendships in this story, the foil between Selia and Enna specifically, draw an important message to middle school girls navigating new and old friendships as their lives grow and change. Selia is Ari's former best friend, in fact the only friend the queen allowed. Selia manipulated Ari with flattery and false loyalty. Ari unknowingly falls prey to her charming devices and doesn't fully understand her betrayal until the end of the book. It is the direct comparison with Enna's friendship that Ari eventually learns the value in a friendship guided and nourished with love.

The romance is mild and sweet. Nothing steamy at all--My humble opinion says it's appropriate for any middle grader.

The Stars for Buttons book club was divided. Some really loved it, and some had a hard time with the pacing and the drawn out, distant narration. So, 3 stars were awarded this one.

Or you can jump on over to our sign up page to read our FAQ.